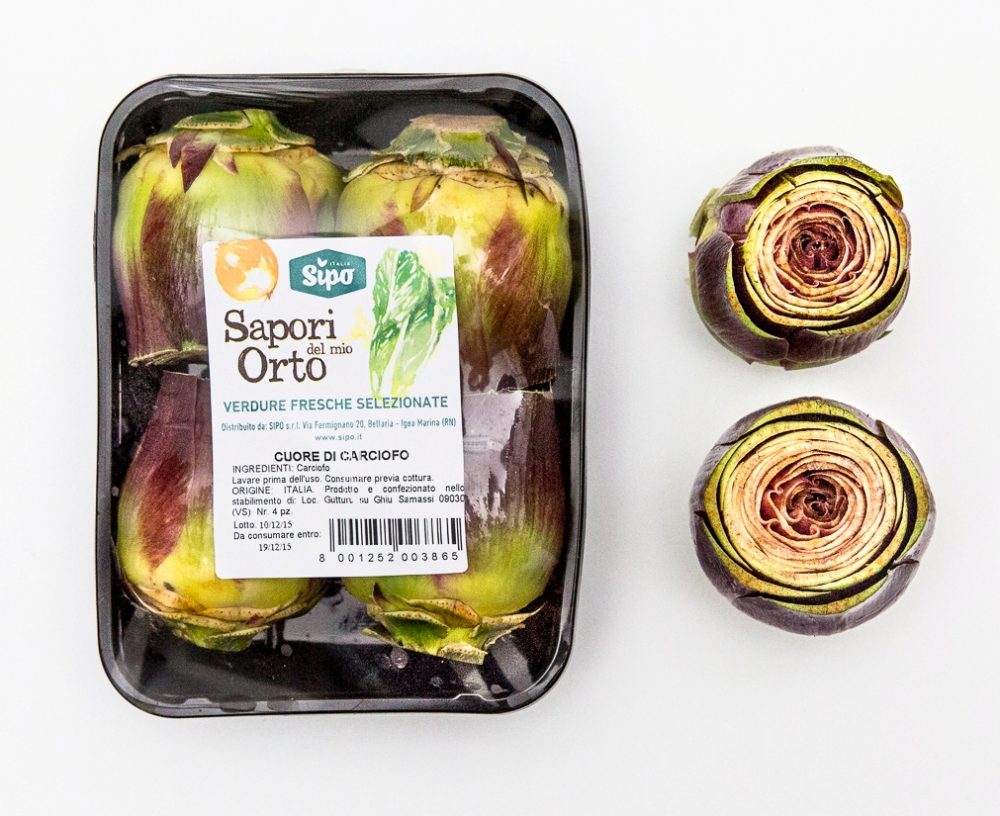 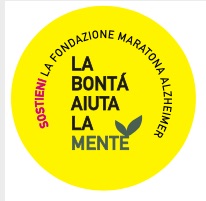 You know that from 1 November 2021 until 26 February 2022 by purchasing Sapori del Mio Orto products with the YELLOW BOLLIN you will make a great gesture to the MARATONA ALZHEIMER FOUNDATION, because SIPO will donate part of the proceeds from the sale of a selection of 10 products that make up Cubed Pumpkin and slices Sapori del Mio Orto, mushrooms, aromatic herbs, chillies, healthy sprouts, purple carrots, courgette flowers, bruxelless sprouts, artichoke hearts and Jerusalem artichokes. Every week we will suggest you a recipe to enjoy with Sipo products with the YELLOW BOLLIN, “Goodness helps the mind”.

After being harvested daily, the artichoke enters the processing plant where the stem, upper foliage is cut and unnecessary leaves are removed. The operators then manually place 4 artichokes each tray which is filmed automatically by the packaging machine.

The cultivation of the artichoke is more widespread in some Mediterranean countries, especially in Italy, but also in France and Spain, while it is little known in many other countries. Sardinia is the region that is most characterized by the cultivation and consumption of this vegetable. Most of the commercial production is destined for fresh consumption, the remainder is used as a preserved or frozen product.

The artichoke requires a mild to quite humid climate but resists well even at lower temperatures even around 0 degrees.

The month of June is considered the most suitable period for the cultivation of artichokes. The harvest, on the other hand, takes place mainly between November and April. 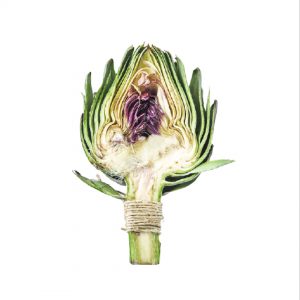 The medicinal properties of artichokes have been known since ancient times. There are many therapeutic virtues and nutritional qualities attributed to this vegetable.
They are digestive and detoxifying purifiers, are rich in antioxidants and mineral salts such as calcium, phosphorus, sodium, potassium, magnesium but above all iron. We also find vitamin A, some B vitamins, vitamin C and vitamin PP.

Artichokes are rich in fiber, and the presence of inulin means that they are a good source of prebiotics, important for intestinal health as well as a good help in keeping cholesterol and blood glucose levels under control during meals. . This is why they are recommended in the nutrition of diabetics.
They also have a positive effect on the kidneys and, thanks to their purifying and diuretic properties, have a positive effect on water retention.

In short, the artichoke is one of the main vegetables of this season and we with Sapori del mio Orto want to offer you only the best! 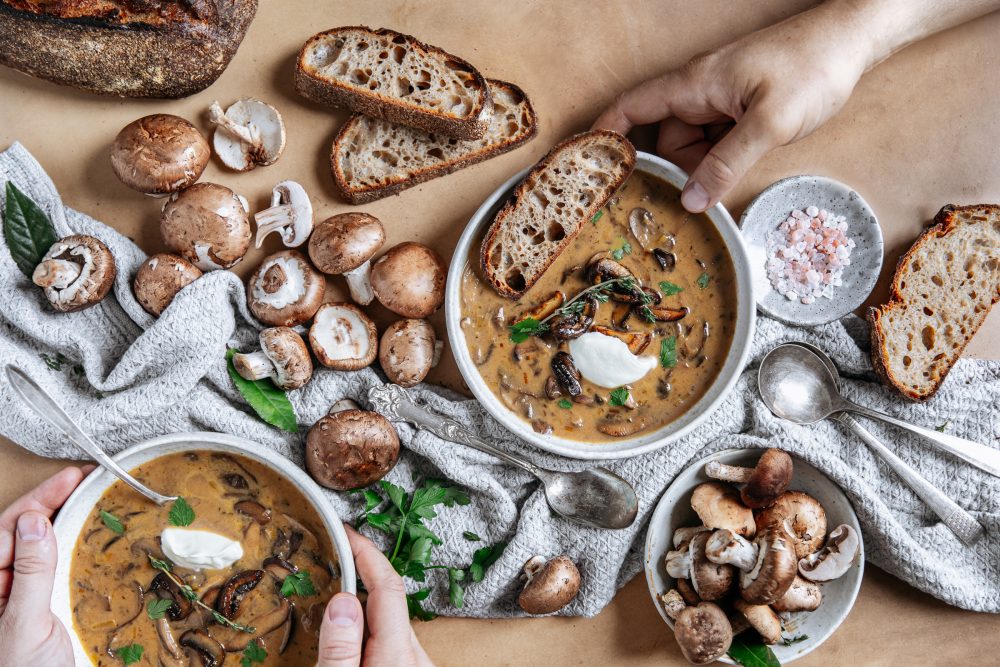 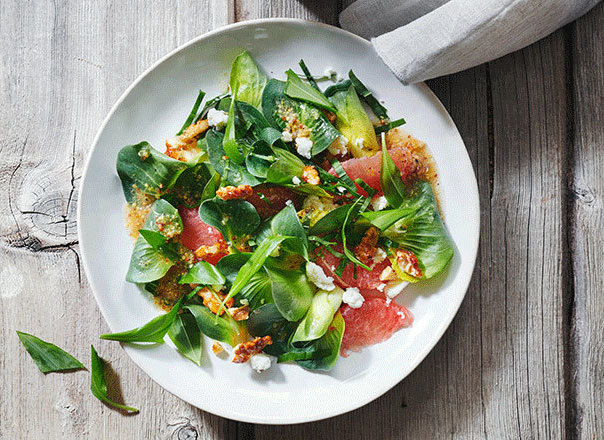 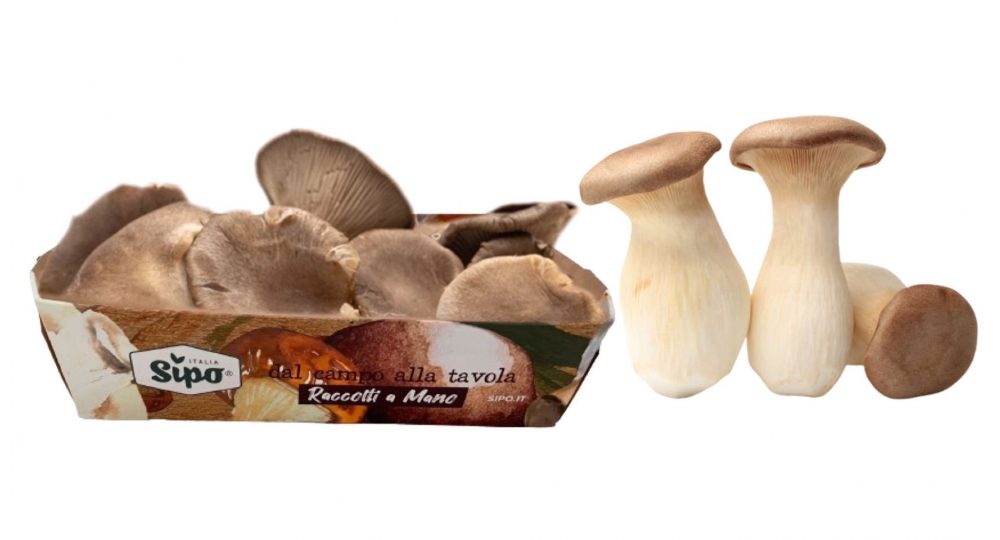